Sharp Shooter Natural Pyrethrum is a natural insecticide which is environmentally & human friendly (SGA* approved) that kills and controls a wide range of pests with rapid quick action knockdown.  One day withholding period on fruit and vegetables, no lasting residue.

NATURAL PYRETHRUM oil is extracted from the Pyrethrum daisy and been used as a natural insecticide since the early 1900’s. It has been proven to be one of the most environmental friendly low toxic insecticides as there is virtually no residue.

Pyrethrum was used for centuries as an insecticide, and as a lice remedy in the Middle East (Persian powder, also known as “Persian pellitory”). Pyrethroids are synthetic insecticides based on natural pyrethrum ( pyrethrins); one common example is permethrin. A common formulation of pyrethrin is in preparations containing the synthetic chemical piperonyl butoxide: this has the effect of enhancing the toxicity to insects and speeding the effects when compared with pyrethrins used alone. These formulations are known as synergized pyrethrins.

Sharp Shooter Natural Pyrethrum Insect Spray is best applied at sunset to avoid contact with bees, as they have then gone back to their hives.  Application at sunset is very effective as the product may break down in direct sunlight.

Insects cannot build up immunity because of the complexity of its natural molecules. It is an effective contact insecticide with immediate knock down and controls a wide range of insect pests including caterpillars.

It is very safe for humans on fruit and vegetables as it only has a one day withholding period before they can be consumed. 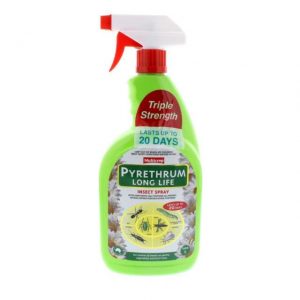 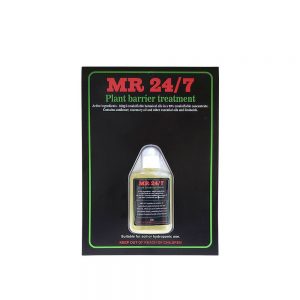 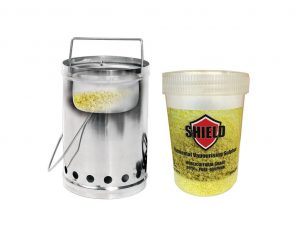 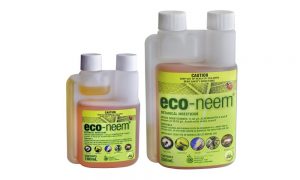 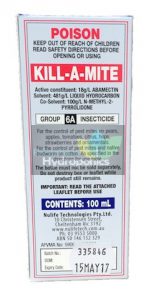